Posted by Daniel Grundei on Monday, August 26, 2019 in Points of View 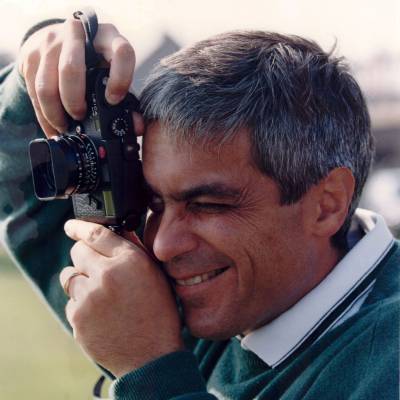 We mourn the passing of our former partner Ray Minella, a great banker and a true friend.

Merrill Lynch & Co., envious of the profits Drexel Burnham Lambert Inc. was extracting from the 1980s junk-bond boom, assigned Ray Minella to grab a bigger slice of that action. He did, but then lost his role at Merrill when junk-bond prices plunged in 1990. Led by Michael Milken, Drexel built up a vast market for high-yield, high-risk bonds starting in the late 1970s. They fueled a frenzy in leveraged buyouts, or LBOs, as investors took companies private and loaded them up with debt.

Like Mr. Milken, Mr. Minella was a former high-school cheerleader. While studying law at Cornell University in the early 1970s, he used his charisma to mediate between antiwar protesters and administrators.

His junk-bond duties in the late 1980s made him one of the highest-paid executives at Merrill, allowing him to collect vintage Porsches and build a trophy home in Jackson, Wyo. He deployed Merrill’s financial might to win roles in buyouts, including Kohlberg Kravis Roberts & Co.’s $25 billion purchase of RJR Nabisco Inc. in 1988.

Mr. Minella, who died Aug. 7 of a pulmonary embolism at age 69, hired the Pointer Sisters (major hit: “Slow Hand”) for a Merrill junk-bond junket in early 1990. Within seven months, Merrill de-emphasized junk bonds, and Mr. Minella left the firm. During the boom, he said, caution had “seemed like cowardice.”

As investors grew increasingly bullish on junk bonds in the 1980s, financiers could issue them in huge quantities. That allowed corporate raiders to bid ever-higher prices for companies, pushing market values to unrealistic levels.

“Almost every leveraged buyout from late 1988 on was a disaster,” Mr. Minella told Fortune magazine in 1990. “Money was too easy to get in the 1980s. Companies could do LBOs even when their annual cash flows barely exceeded interest costs. In retrospect, that was foolish.”

He added: “We made a lot of money for a lot of people, but the bad deals will always bother me.”

After leaving Merrill in 1990, Mr. Minella and a partner, Jeffrey Berenson, formed a corporate advisory boutique, Berenson Minella & Co. Mr. Minella later was a senior executive at the investment-banking firm Jefferies Group Inc. After retiring from Jefferies, he relished teaching courses on corporate finance and negotiations at Cornell.

Raymond Joseph Minella was born Aug. 31, 1949, in Hamilton, Ohio, and grew up in Northern California. His father, an illustrator for a horse-breeding magazine, died shortly before Ray was born. His mother was a nurse. When Ray was in elementary school, someone threw one of his shoes onto a rooftop. Because money was tight, he had to wear his slippers to school until his mother’s next paycheck arrived.

He was head cheerleader at El Cerrito High School in the 1966-67 school year and walked 50 miles one day in a fitness challenge. (He lost 5 pounds during the hike, according to a local news report.)

From an early age, he was ambitious. “I’d felt my father’s early death was unfair,” he told Fortune magazine. “I believed that the only way to make his life matter was to make my life matter.”

Supporting himself with various jobs, including one in the laundry room at a Wyoming resort, he studied political science and Russian literature at the University of California, Berkeley, where he graduated in 1971.

While studying law at Cornell, he served as speaker of the University Senate. He honed his negotiating skills as a mediator during the 1972 occupation of a building at Cornell by students protesting against the Vietnam War. Friendly, clean cut and moderate in his political views, he was a natural intermediary between radical students and university administrators.

After law school, he earned an M.B.A. degree from the University of Pennsylvania’s Wharton School in 1976. He then joined Merrill Lynch, where he made a mark by helping devise a financial rescue for Eastern Airlines.

He met Amy Kommer when they were colleagues at Merrill. They married in 1985 and had four children, including triplets.

The family’s getaway was in Jackson, where Mr. Minella helped design a 16,000-square-foot home with floor-to-ceiling views of the Teton mountains. It was connected by tunnel to a guesthouse. He named the home Toad Hall, after a character’s home in “The Wind in the Willows.” The name, he wrote later, “seemed to strike the right note of whimsy for us.”

Mr. Minella belonged to golf clubs around the country and collected putters; friends estimated he had 75 of them. His Porsches, including a 356 Carrera cabriolet, were meticulously restored.

His marriage to Amy Minella ended in divorce but she remained part of his life as what she called “the best ex-wife ever.”